PCI Penetration testing is one of the most critical steps in PCI-DSS compliance. By simulating an attack, you can identify vulnerabilities that need to be fixed before an actual attacker can exploit them.

This guide will walk you through penetration testing your environment for PCI compliance. We’ll cover everything from identifying assets to assessing risk to reporting results. So this is for you whether you’re just starting with external penetration testing or looking to improve your process. Let’s get started.

What is PCI DSS penetration testing?

With the ever-changing world of cyber attacks, it is essential to stay on top. The PCI DSS penetration test helps institutions anticipate offensive system errors that may usher in data breaches. This ensures they have proper protection measures by regularly testing internally and externally with external sources providing this information. Hence, no vulnerabilities are left untreated for too long before being exploited.

It’s not just about protecting credit card information; the penetration test also helps protect sensitive and confidential personal or business and cardholder data environment that can harm both individuals and a company’s reputation.

Not only does it help secure your current network, but it also helps plan for future security threats, allowing you to adapt and update your systems before they become compromised.

Overall, incorporating a PCI DSS penetration test into your security measures can save you time, money, and stress in the long run. Stay safe and stay protected with regular assessments of your network’s vulnerabilities.

There are five steps to performing PCI DSS penetration tests.

The penetration tester will help you identify the scope of your testing before they start so that it matches what PCI DSS requires and other applicable standards.

By identifying network assets, the pen-tester will verify that the CDE is within their scope of work.

Once you have found all the possible security vulnerabilities in your applications and network, it is time to test them for holes.

The pentester will provide a comprehensive report detailing their testing process and results, providing clear insight into how it helped or didn’t help meet goals.

Retesting is an essential part of quality assurance. It’s done to ensure that every problem found in the first testing process was resolved and solved correctly, so you can have peace of mind knowing your product will meet all penetration testing requirements for release. 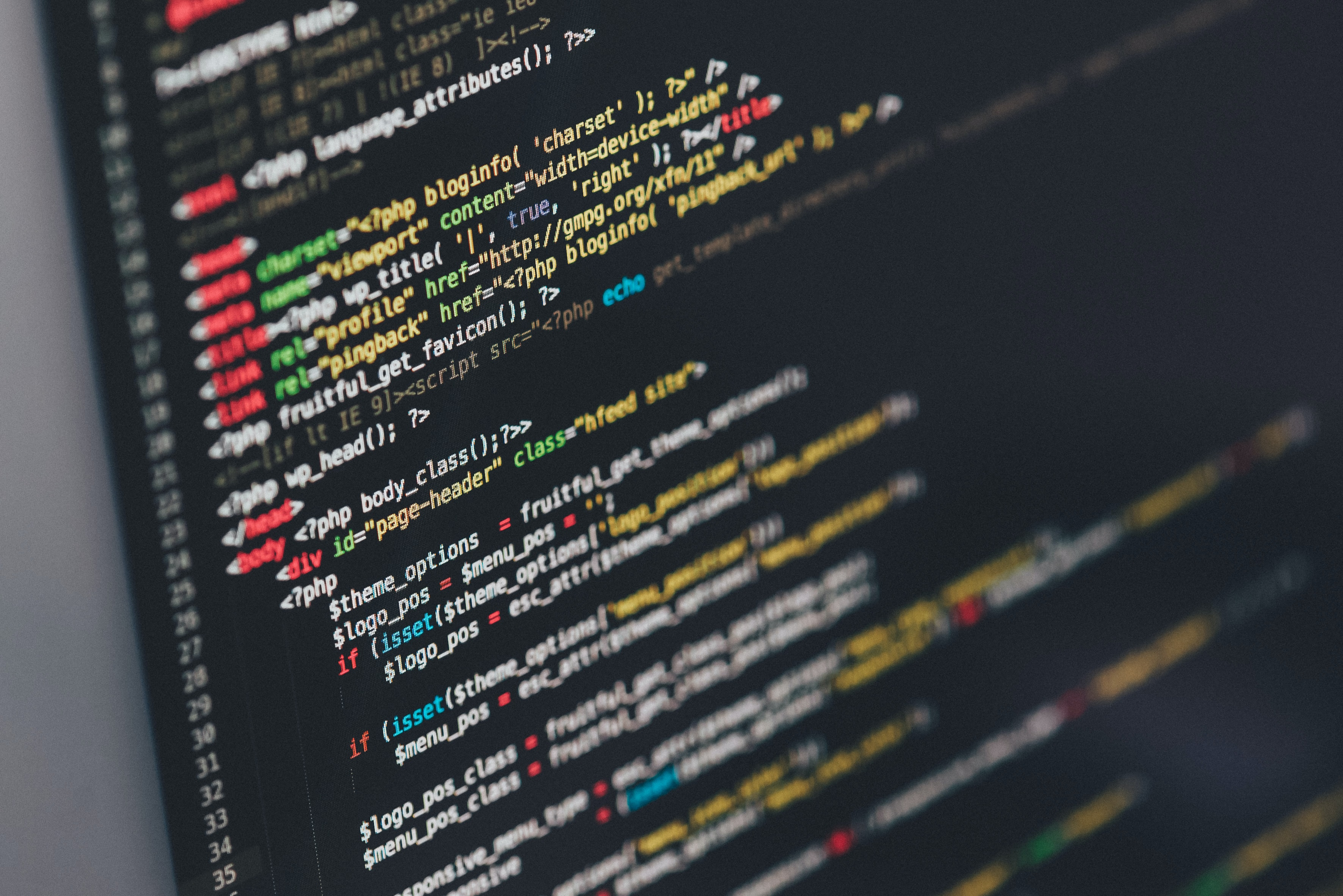 The penetration tester will endure hours to test your environment. You, as the client, must determine where you want them to spend most of their time trying, so it’s best not just any old black box or white box assessments that are given without knowing what they’re working with beforehand. There needs to be some information shared between both parties if possible.

Till then, the rate and quantity of data given during analysis have a significant effect on lengthier duration as test durations come down to three types:

WhiteBoxes, where penetration testers have limited knowledge but still target specific vulnerable areas based on Known vulnerabilities guidelines set forth by the manufacturer.

GrayBoxes, where both parties have shared information to customize a thorough security assessment for that particular organization.

It’s important to note that during each test, the penetration tester will look for vulnerabilities in multiple areas, such as network infrastructure, web applications, wireless connections, social engineering tactics, and physical security, to name a few. The results, or pentest report, will include details on vulnerabilities found and how they can be remediated.

It’s important to understand that pentesting is a continual process; just because one test has been completed doesn’t mean your organization’s security measures are fail-proof. Regularly-scheduled pentests ensure the safety of not only your data but also your customers’ information as well.

PCI DSS penetration testing is a necessary process that helps to ensure your company’s data security. This form of ethical hacking may identify possible vulnerabilities in the apps you select, such as those arising from insufficient or inaccurate device configuration. Known hardware/software defects (such as buffer overflow errors); and organizational deficiencies like poor processes for handling information assets, even though they’re not explicitly mentioned there.

A PCI DSS test is a comprehensive evaluation that determines security problems with your server, workstation, or network service creation. This includes anything from poorly configured software and firewalls to old protocol implementations, which can be unsafe for today’s modern networks.

It pays off when you take these steps. You’ll also want some tools in tow; they might include packet sniffers (for analyzing traffic on live connections), honeypots/honeyword routers (for detecting malicious activity), or even just an excellent ol’ pen and paper to take notes during the process.

But why bother with all this? It’s important to remember that credit card information is one of the most valuable commodities on the black market, so protecting it is not only ethical but also financially wise.

The PCI DSS test is designed to ensure that your firewall can’t be hacked. You might have heard of it being reported that there are some holes in the security, but don’t worry, they’ll get taken care of soon enough.

The most common issues with this kind of inspection come from making mistakes when configurations should not allow certain connections and then wondering why things are working later down the line due to Pinging requests across ports that shouldn’t have been open in the first place.

To pass this test, ensure your devices and network configurations are up to date-and regularly patched. Also, limit access to sensitive data only to those who need it; for example, an employee in the accounting department doesn’t necessarily need to access information from the HR department.

A firm password policy is essential, such as not allowing commonly used passwords and requiring frequent changes. Overall, ensure that you’re constantly thinking about the security of your network and take steps to prevent any potential breaches.

Cyberattacks are becoming increasingly sophisticated and often involve various techniques to gain access, persistence in the system, or data theft.

Application penetration testing can help you identify potential vulnerabilities before they become serious problems for your company’s business operations by trying out different threats against an application under test (AUT).

An ideal computer security practice should always be ready when it comes time to defend against those who would try their hardest not just to stop but also to limit what damages could occur due to improper coding practices. This includes finding errors during development and after publishing software onto production networks where anyone may carry out attacks from afar using simple tools like Fire-sheep, among others.

Wireless networks are a popular way to connect devices without needing cables. However, this also means less security regarding wireless connections, especially if you’re using WPA2 encryption, which has been proven vulnerable in recent years due to its lack of protection against dictionary attacks.

Considering how easy these breaches can be, consider what happened at Starbucks, where hackers could get into customers’ smartphones just by sitting near them. In contrast, they used their iPhones near others nearby who had hacked into the network using a ” Fire-sheep ” tool.

Social engineering is one of the most common ways hackers get into your computer. Social engineers attack employees by convincing them they are someone else or tricking them with an email telling them there’s been a security breach and asking for access to various files on their PC when it just gives away personal information about themselves, like bank account numbers, etc.

What types of tricks do these people use? To convince somebody to input data at the wrong times (like during spelling exercises) & places (like on a faulty computer); or fake websites, apps, and phone numbers to try and gain trust before asking for personal information. They’ll often try manipulating who gets phone calls, sometimes making sure no one picks up and then taking over whose line it connected.

Vulnerabilities are an issue for every business, but they don’t have to be your worst nightmare. Automated vulnerability scans can find many vulnerabilities that could potentially harm you and even lead a hacker to take actions against company systems if left unchecked by humans monitoring the test results regularly during penetration testing hours.

This is where manual inspection comes in handy. Make sure any provider requires it rather than just using automated tests, as those will show false positives, so we know what goes down when hackers enter our networks.

Penetration testing is an integral part of achieving and maintaining PCI-DSS compliance. At Vumetric, we offer a comprehensive suite of penetration testing services that can help you identify and fix vulnerabilities in your systems before criminals can exploit them.

Thanks for reading. Our team of experts has years of experience conducting penetration tests for companies worldwide, and we’re ready to put our skills to work for you. Contact us today to learn more about our penetration testing services, or visit our website to try them out.

Automated Vs Manual Penetration Testing Process, When And Why?

What Is Manual Penetration Testing?

How To Mitigate Common Security Vulnerabilities In SME

Need Help With Your Cybersecurity?

Get in touch with our experts to determine how to improve your cybersecurity.
Learn More

The Latest Blog Articles From Vumetric

Cybersecurity planning for businesses is crucial to have the plan to protect your data and respond if something goes wrong. This expert guide will walk

In the business world, cyberattacks are always a threat. But sometimes, the attacks come from within, as employees unknowingly cause data security breaches with careless

Fill out the form below and get an answer from our experts within 1 business day.

Got an Urgent Need?

This site is registered on wpml.org as a development site.